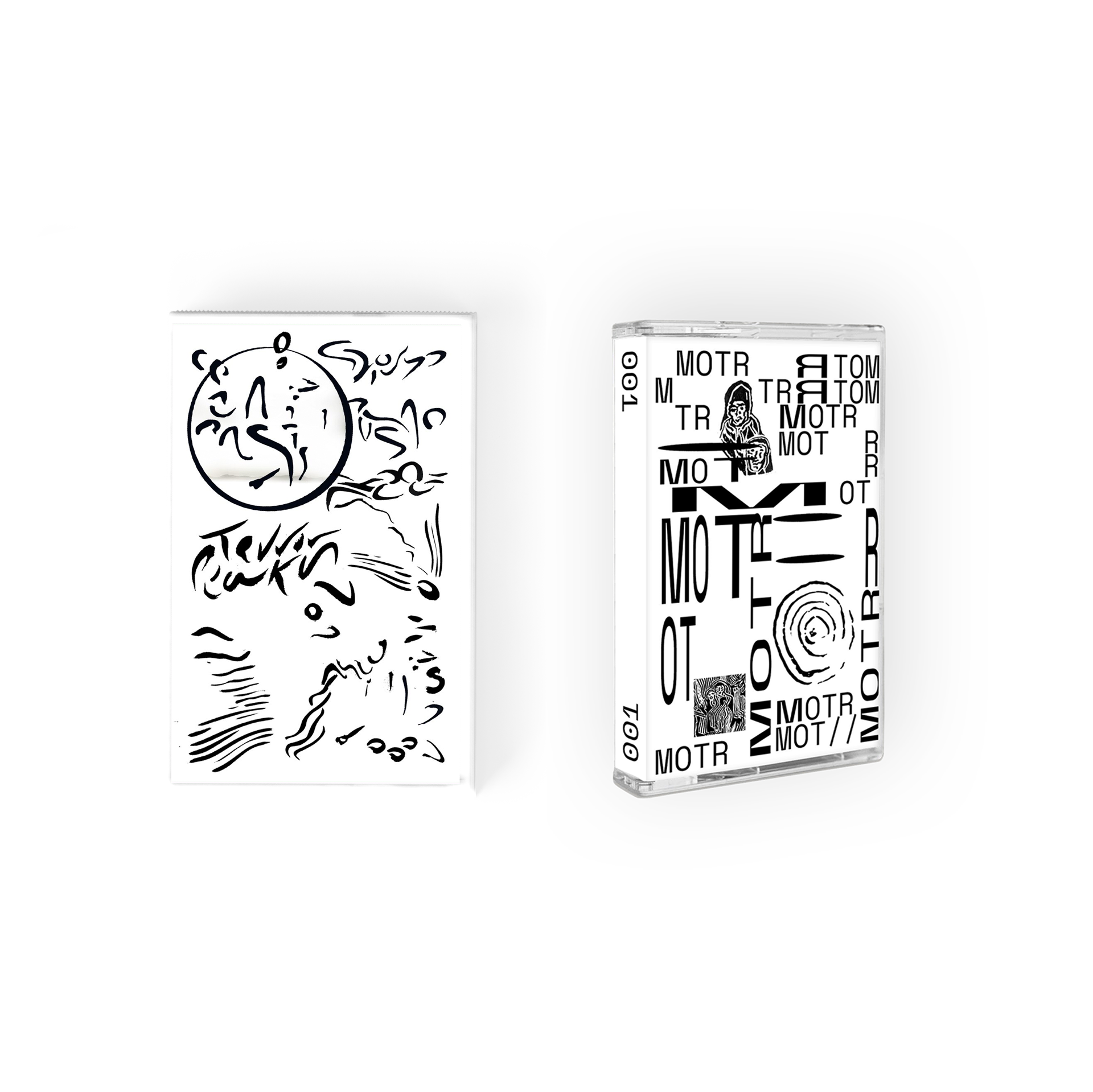 This is a pre-order, orders shipped on the 2nd June. Limited printed cassette with O-cards. Edition of 25. You are showered in, and forever fatigued by, an overbearing light. This light does not reveal things as they are, but behaves in an obscurant way, an anti-haze that blinds what it illuminates. Only rarely does the light behave normally, like a beam. Mostly, it acts like a volatile weather condition, like a blizzard or sleet storm. Occasionally, it gives observers a cruel fright, morphing in and out of sight as though it were a living entity. Nobody knows it where it comes from. There is no sun. The sky appears as a vaguely off-white void, if it can be made out at all. Your eyes are bathed in it, like an afterimage taunting the visual field. It’s difficult to know the limit to its brightness. It simply floods more light that existed there before. Light floods extant light. It masks what could only exist before. Visions of distant mountain ranges, oceans, and sky-scraping structures appear from behind the light-gloom, out of reach. Odd beings, like floating pieces of dyed papyrus or cloth, hover about before darting away again. There are horrors, angels. Mercilessly stalking the unprepared and foolish, these superintelligences rarely take on corporeal form, ‘singing’, wailing in pain. Prolonged exposure has forced their voices into a ‘trapped’ tuning, a suffocating harmony. Terror Peaks is never silent. Even in the quieter moments, there is always a hiss, a crackle, a blip. You always hear Terror Peaks before you see it, before you even step through the Portal. Every footstep is cacophonous, every brushing-up-against a sonic barrage. Impossible sound oozes from nowhere: alien gongs, hypertense zither zaps. All amplified. Light bends sound. Perceived loudness scales with the attention an observer pays to its source, rather than proximity to the source itself. You witness a storm in the vivid distance – warped thunderclaps, ice-cracks, and the wails of angels fleeing – but it may as well be happening right before you. Half of the original explorers now have permanent tinnitus. The other half are missing. Moments of peace can be found, away from the blare and glare. The light persists as ever, but it is possible to stumble into less overbearing grottos and nooks. In these rare places, sounds and sights coalesce in harmony. Such moments are delicate and easily disturbed. In many cases, they are a flat-out manipulation, either caused by an angel or Terror Peaks itself. Do not let your guard down. Miracles are to be appreciated, but they must not be clung on to. For some foolish minority, Terror Peaks is sought purely as a drug-realm, to get high and trip on the nuggets of rapture obtainable there.